The Linsmore Tavern is one of the last of the old school tavern’s and hotels in the city of Toronto. The Linsmore Hotel was established on December 7th, 1934, the same year the Province of Ontario started licencing saloons. Max Bloom was the first owner, and his nephew, Lou Campul, managed both the saloon and the hotel above it, while he and his wife brought up their 5 children on the second floor. In those early decades, Danforth Avenue, or the King’s Highway #5, was a main throughway for travellers coming west into the City of Toronto.

The Linsmore Hotel catered to those visitors who needed a room for the night. A ladies and escorts room was accessed through the side entrance on Linsmore Ave. In those days, there were no windows to look into at The Linsmore because the customers didn’t want the neighbourhood knowing who was drinking inside. Trays of 5 cent drafts in 6 ounce glasses were dropped at table after table. Following the pub tradition of the British Isles, the Linsmore was the social hub for it’s immediate neighbourhood. 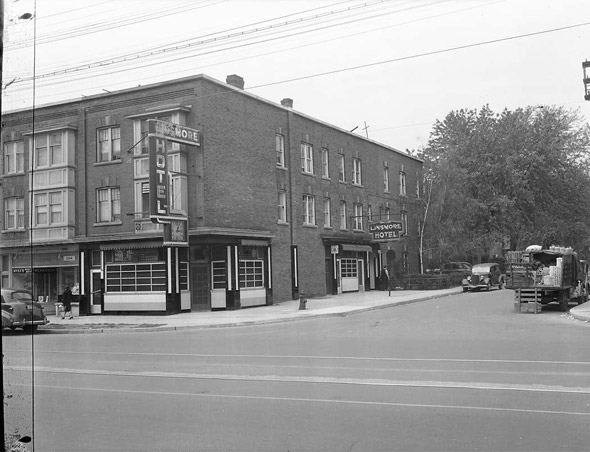 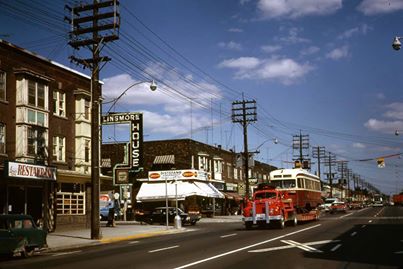 The ownership of the Linsmore changed in 1982, when 31 year old Basil Mangano bought the place from Max Bloom. He still owns the Linsmore Tavern to this day. It is now one of the last remaining original hotel/taverns in Toronto.  There is a long history behind the Linsmore Tavern, and it seems like everyone has a story to tell about the place. 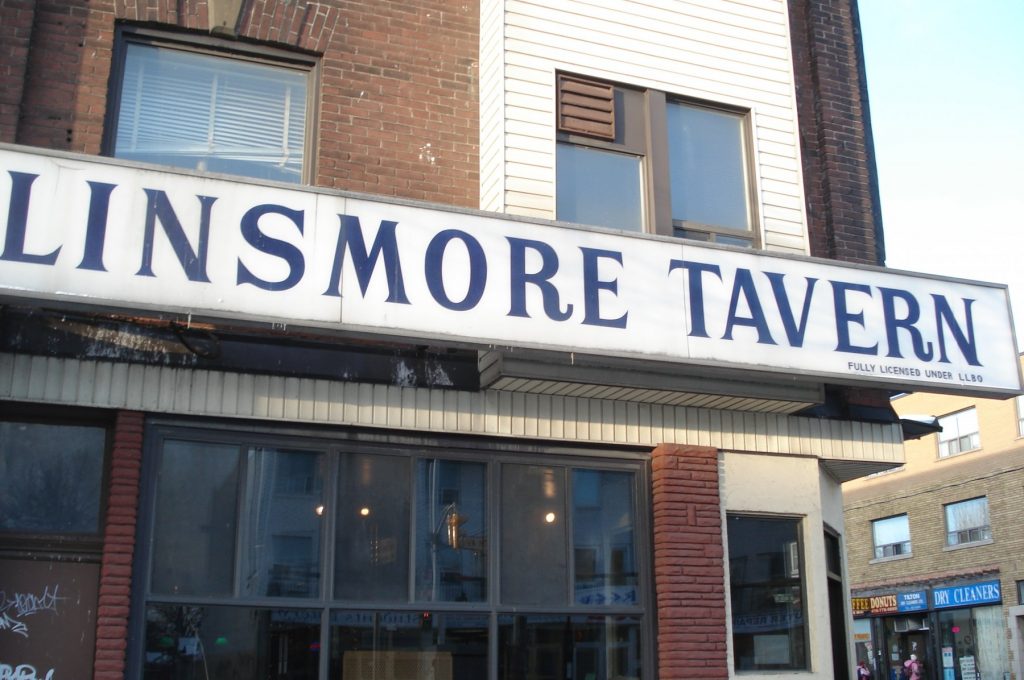 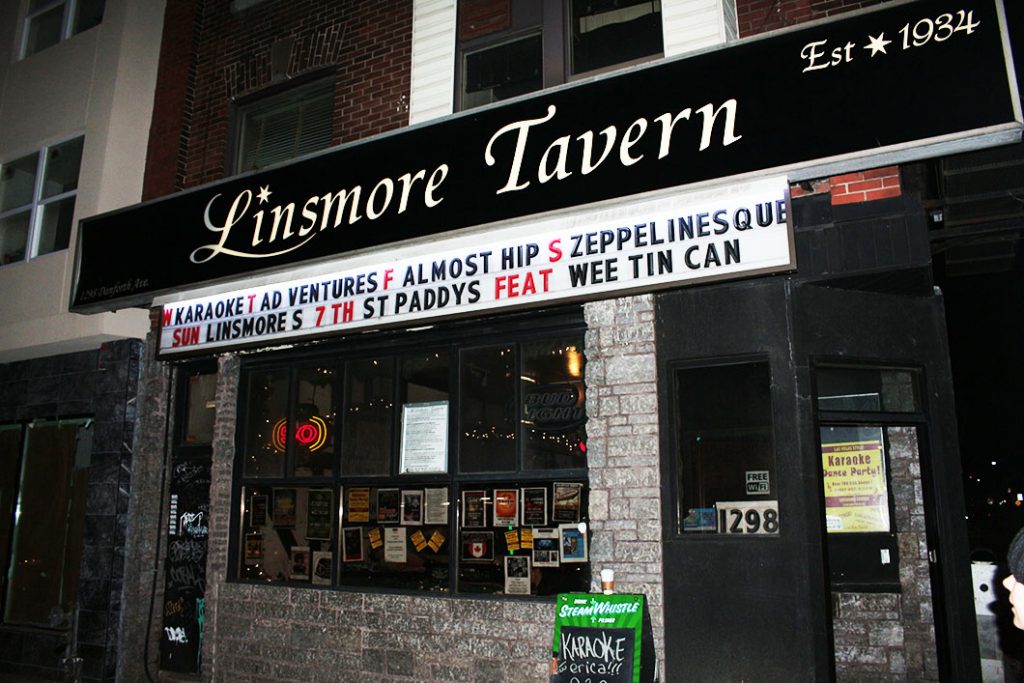 If you are looking to host an event or interested in our fully licenced second floor banquet room, contact Ryan at 416-433-1545 or at linsmoretavern@gmail.com

You can buy tickets to our shows by clicking here.

For bands or musicians looking to book a gig, send your information to linsmoretavern@gmail.com