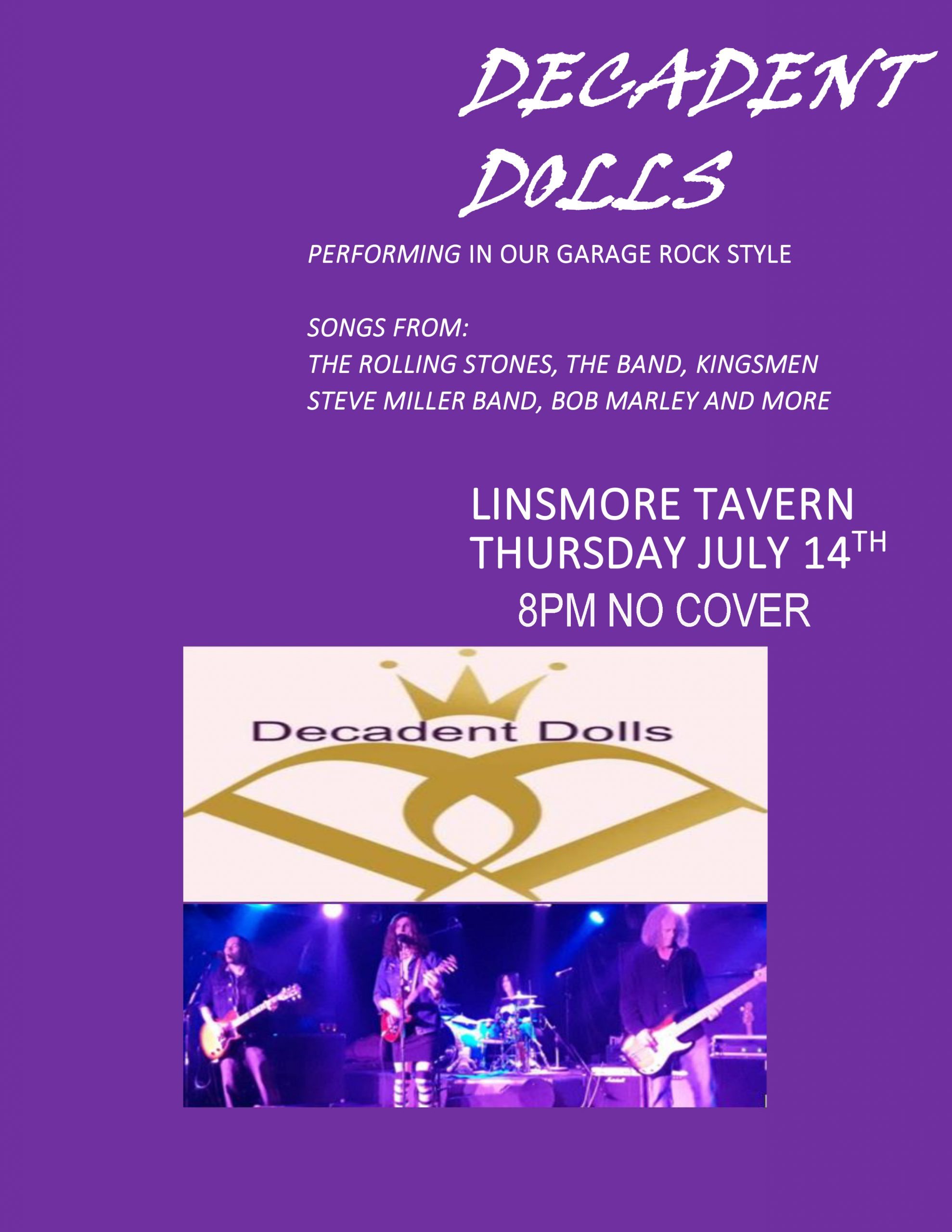 This is going to be a lot of fun! Fans of the early glam and garage rock, you will absolutely love this band, as the Linsmore Tavern (1298 Danforth Ave), is welcoming for the very first time, Decadent Dolls! Get ready for a really fun set-list of songs from the 60s and 70s that you don’t get to hear to often from the stage anymore. You don’t want to miss this one! The show starts at 8pm, there’s no cover!

Decadent Dolls formed in Etobicoke, ON will take you back to a time where garage rock, early glam and folk was turning heads. With a variety of musical influences from the New York Dolls, T.Rex, The Kinks to Bob Dylan you get a show with all these sounds combined into one. A dual guitar four piece band will perform your favourite 60-70s cover tunes that should never be lost in time. Whether you like to rock and roll with the Rolling Stones, ride the vibe of Steve Miller band or sing along with Lou Reed or Buffalo Springfield we have something for everyone. Decadent Dolls is powered by the love of performing, inclusivity, positivity and self expression. Catch us bringing back the musical roots with a hint of glitz and glam!