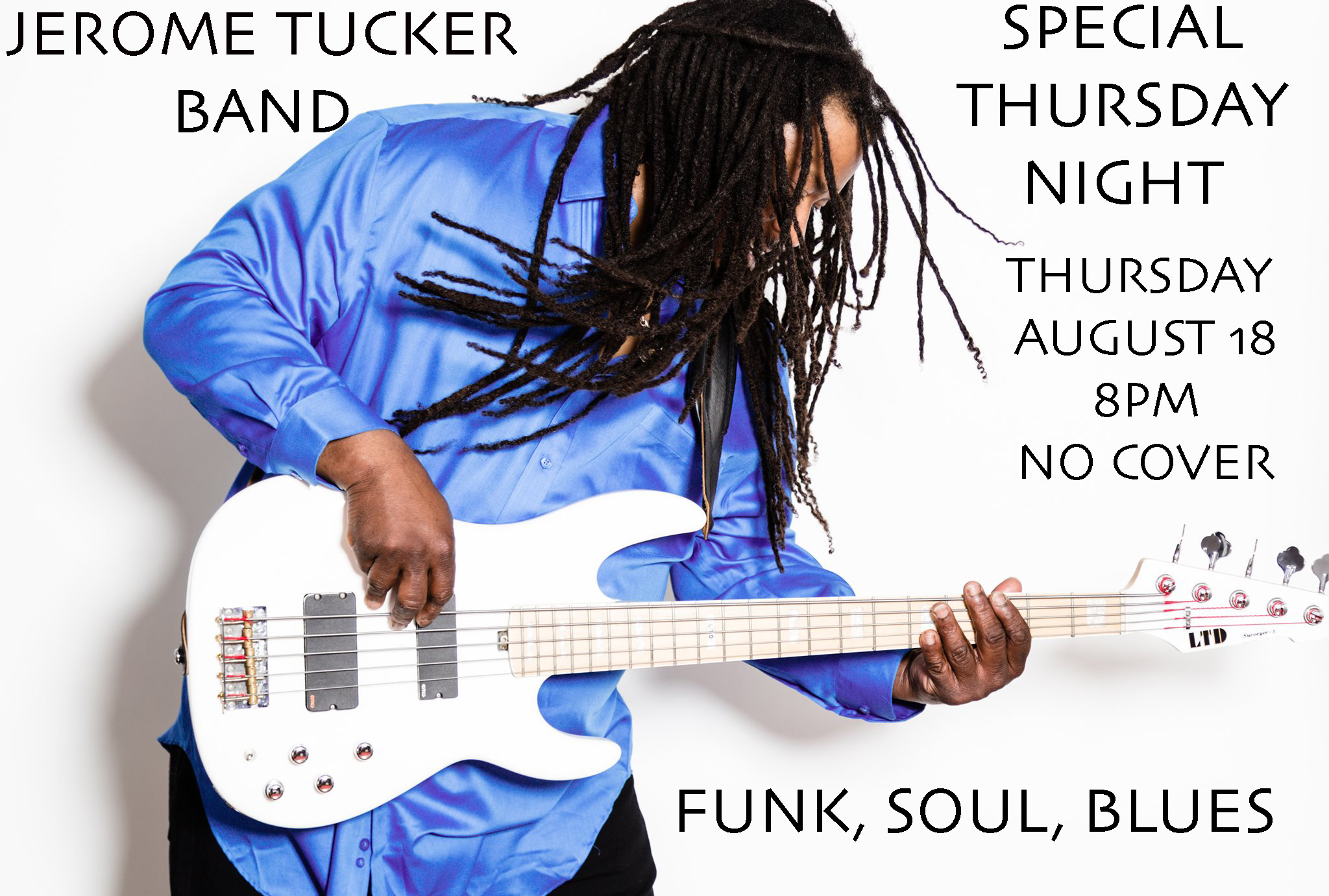 For those who aren’t able to come out to see Jerome Tucker Band for his monthly show at the Linsmore Tavern (1298 Danforth Ave), here is your chance to see him for a special Thursday evening show! The Jerome Tucker Band returns to the Linsmore Tavern this month on Thursday August 18th to bring you some Funk, Soul and Blues! For those that missed their Jerome Tucker fix in July, come on out in August as he will be performing for a special Thursday Night show! Jerome has been performing on many big stages this summer, so getting the chance to see him in an intimate setting, will be quite special! If you have not seen Jerome Tucker and his amazing band before, make sure you come out and see his high energy Funky Rhythm and Blues Band with a blistering Groove!!!

Jerome Tucker Is a music writer, producer, performer, vocalist, bassist who has lived in Chicago and played and shared the stage with Chicago’s most elite Blues artists. In addition to this, He has also lived and played and performed in the “deep south” Louisiana, Alabama, Georgia, Tennessee, Florida. He isn’t into “name dropping.” Prefers to live by the idea that it isn’t where or who you have played with before, but what are you doing today?” The company he has kept and still keeps includes the likes of Dickey Betts, Gregg Alman, Larry McCray, Steven McCray, Buddy and Phil Guy, Byther Smith… The list really DOES go on…. Now living in Toronto heading “The Jerome Tucker Band” Is clearly setting a new trend in soul music. Band Members include: Carl Harvey Guitarist, Rob Neal Christian, Sax , Keys and Flute. Richard Greenspoon, Drums. Kingsley Ettienne Hammond B3. Neil Brathwaite Sax. Seriously worth a listen!
Come out on to the Linsmore Tavern and see Jerome Tucker part of Blues Sunday and listen to his unique blend of Chicago Blues, with some funk!