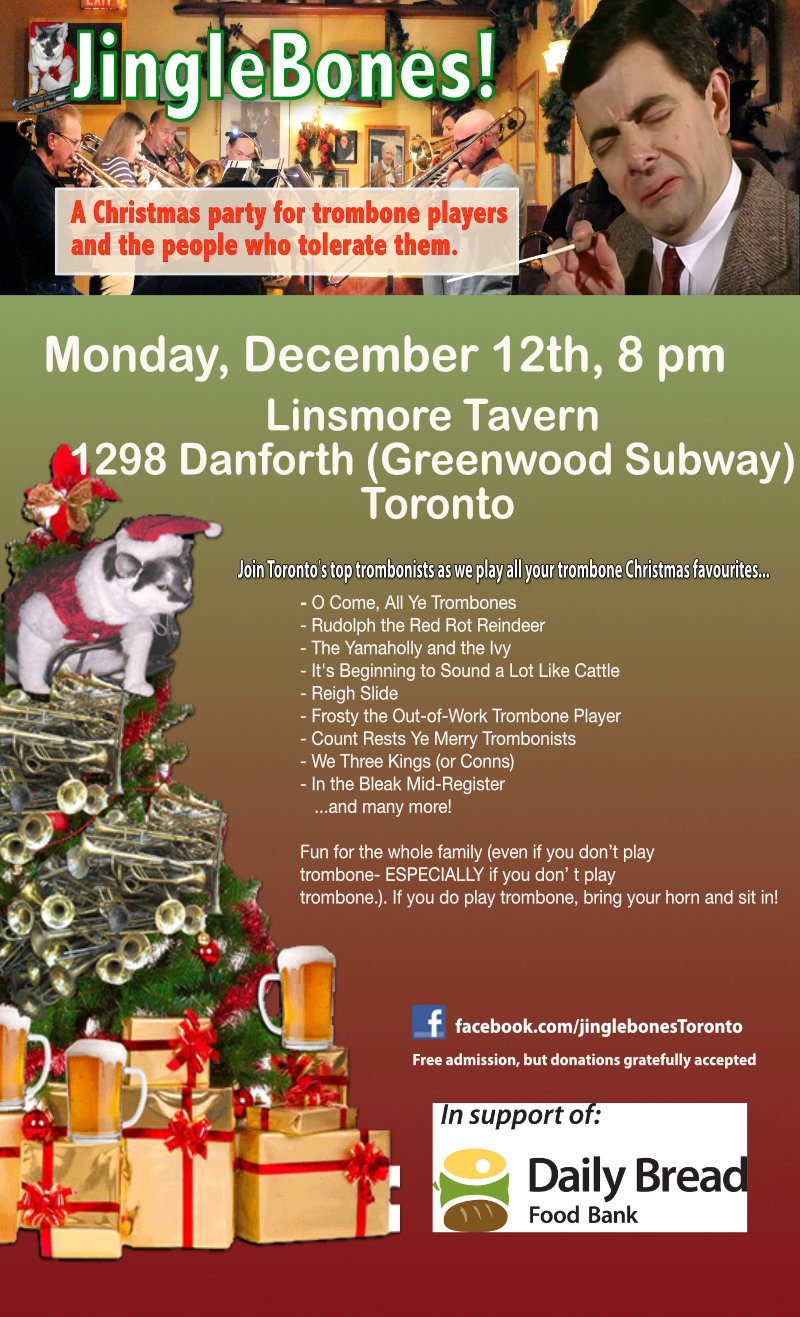 Monday December 12th is going to be a really fun Christmas event that has an 18 year tradition and with some really fun music! Jinglebones A Christmas Party for Trombone players and the people who tolerate them will be coming tot he Linsmore Tavern (1298 Danforth Ave) and it’s going to be lively Monday! Be a part of this really fun evening of music that is also for a good cause! The show starts at 7;30pm!

JingleBones started in Toronto in 2004 as an excuse for  trombone players make merry and play arrangements of Christmas music for a bunch of trombones. They’ve also collected donations for many charities including Parkinson Canada, Daily Bread Food Bank and Campfire Circle.
Non-trombonists who come to the event ALWAYS have too much fun, as do the participants, which comprise professionals, university students and others.
If you’ve never heard eight (or more) trombones playing clever versions of Christmas favourites, you’re in for a treat.
As Santa Claus was quoted as saying “it just ain’t Christmas without a bunch ‘a trombones!”