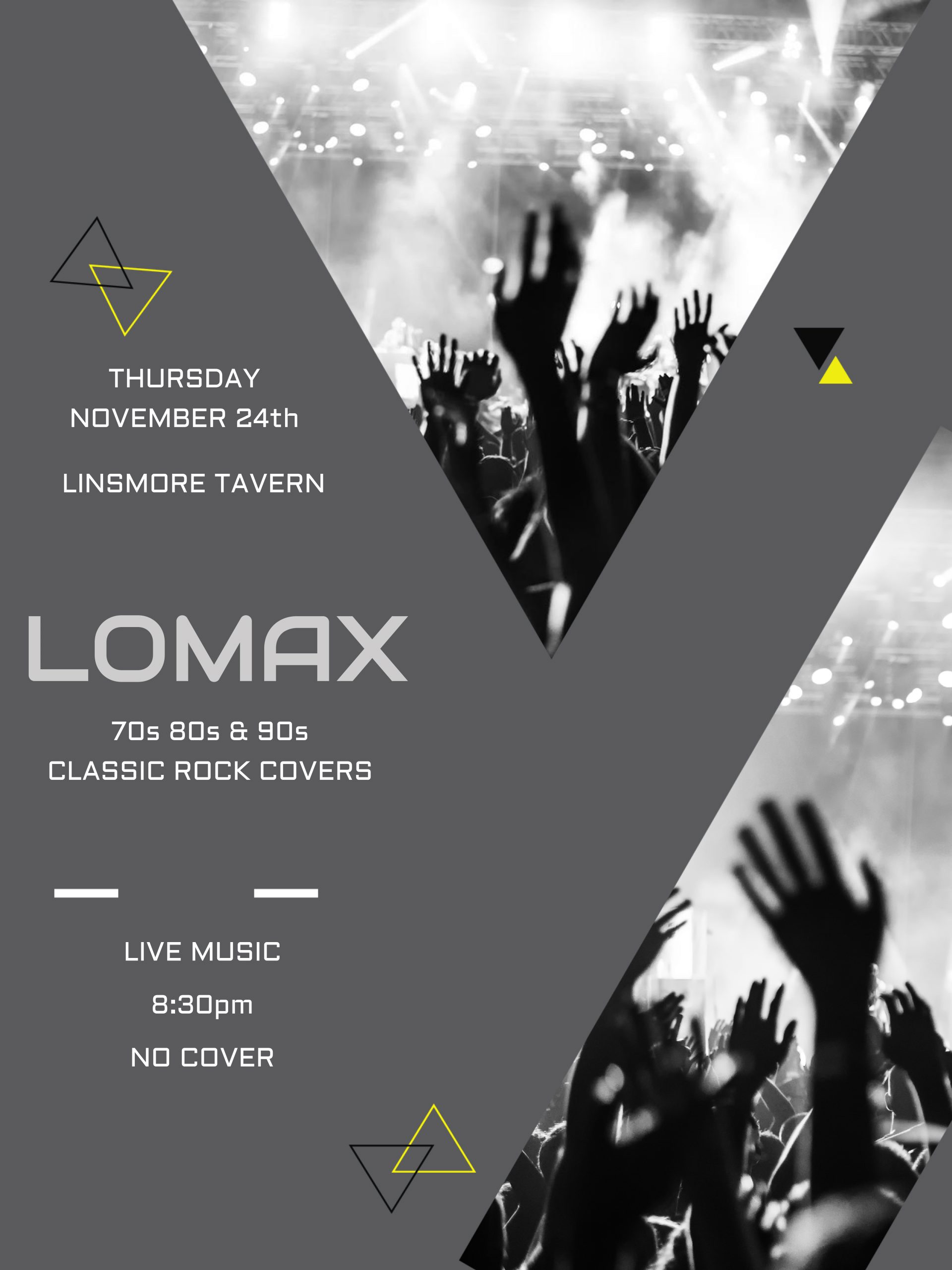 Thursday November 24th, the Linsmore Tavern is really excited to welcome a new local band from the neighbourhood ready to put on a show! LOMAX will be in the house and they are excited to bring their classic rock cover band to our stage! They have a variety of really cool bands that they cover and will have you up and dancing all night! It’s going to be a ton of fun! The show starts at 8:30pm, there is no cover!

LOMAX is a four piece Toronto based Classic Rock Cover band, who thrives on finding tunes that first get your head moving, then your whole body. Bowie, The Cars, Tragically Hip, Billy Joel, Joe Jackson, ZZ Top and STP to name a few of the artists covered.

On lead guitar, Chris has been with the band since shortly after its inception. Chris brings the tones and essence of each tune as close to the originals as possible. On drums, Scott naturally holds down the beat and is a founding member of LOMAX. On bass guitar you will find John &quot;The MoonMan” filling out the lower register.  On rhythm guitar and lead vocals is Rob who has been in several local bands and enjoys playing with LOMAX more than any other lineup he has been in.