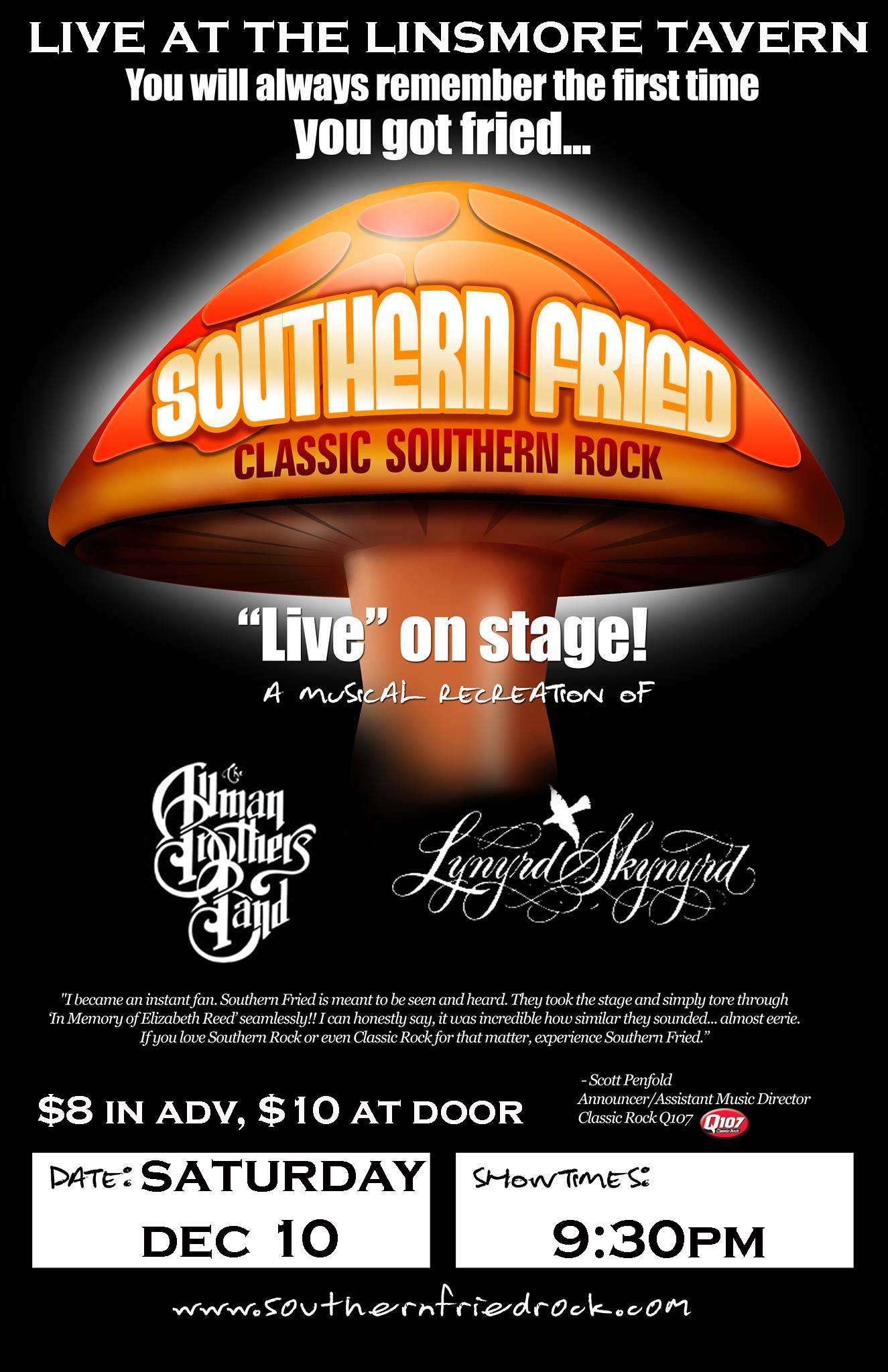 December 10, 2022 9:30 pm
On Saturday December 10th, the Linsmore Tavern (1298 Danforth Ave) is excited to welcome back, Southern Fried and their Tribute to Lynyrd Skynyrd, The Allman Brothers Band and Southern Rock! For all the Southern Rock fans out there, this is exactly what you are looking for!! Southern Fried have played some amazing shows over the years at the Linsmore and it’s always to full capacity! They pay tribute to two of Southern Rock’s most Legendary Bands, Lynyrd Skynyrd and The Allman Brothers Band, as well as some other Southern Rock classics!!!
Established in 2003, these six Canadian musicians have been stunning audiences with a true experience of southern rock music and the original artists. This band has passion, plain and simple, as demonstrated in every performance. The members have dedicated themselves to accurately reproducing the music and the spirit of an undying era and the hard work has certainly paid off. Being hailed as simply the most authentic sounding Lynyrd Skynyrd tribute anywhere doesn’t come as a surprise! The band has become a fan favourite at fairs and festivals across the country, pleasing audiences with hit after hit all night long.
Tickets for this show is $8 in advance and $10 at the door! Tickets can be purchased at the Linsmore Tavern or right here at www.linsmoretavern.com
” Southern Fried is a band that doesn’t make you choose between The Allman Brothers Band and Lynyrd Skynyrd ” – Flairboy, Q107 FM Toronto
<!--