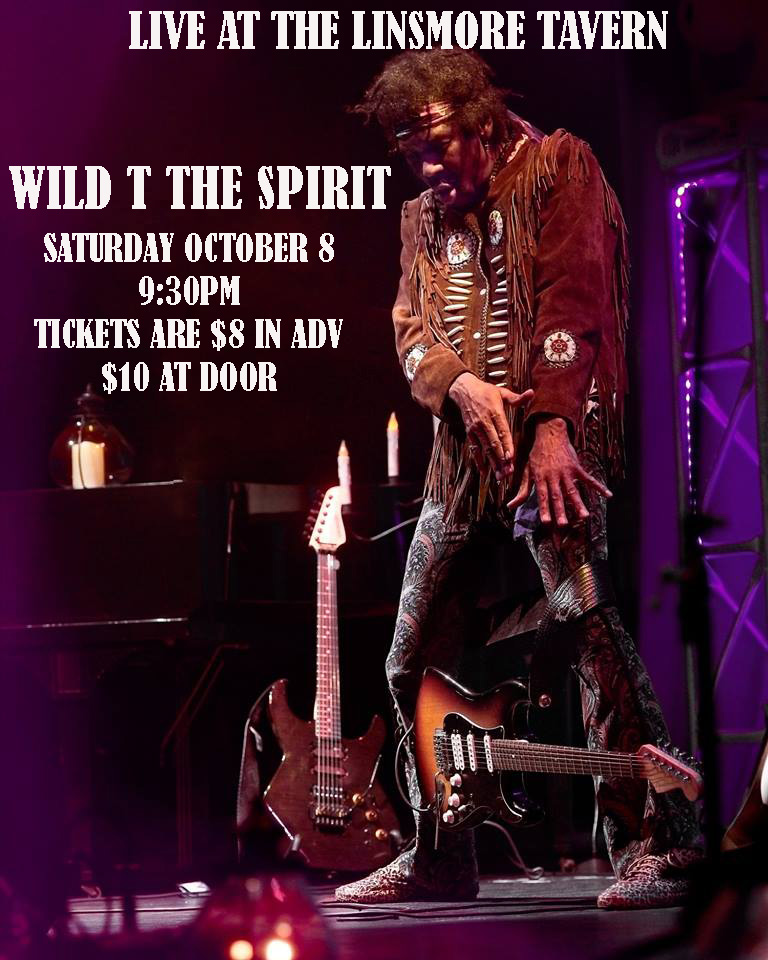 October 8, 2022 9:30 pm - 11:59 pm
Saturday October 8th, one of the true legends in Canada’s music scene is back with his band for an epic night of music! Guitar Legend and virtuoso Toney Springer and his band are making their way to the Linsmore to put on one of their incredible shows! Wild T & The Spirit who have been playing the Linsmore Tavern for nearly a decade, played earlier this year at the Linsmore to a capacity crowd and tore the roof off!! It’s a special occasion when you get to see a legendary musician and one of the world’s best Guitarist’s, which Toney Springer is!
Toney Springer is truly an international legend and happened to be the guitar player for the late David Bowie! It’s always a special show when Wild T comes to the Linsmore and you get to see Canada’s best guitar player in an intimate venue is something you don’t want to miss!
For those that don’t know, ‘Wild T & the Spirit’ is a power trio from Toronto, Canada that just plain rocks! Mixing the styles of blues, rock, funk & reggae, the band has thrilled & captivated audiences all over North America & Europe for the past 30 years!
The band has released 6 albums and have been added to many record compilations as well. Their renditions of some Hendrix classics have left their fans aw-struck! Over the years the band has performed thousands of club and festival shows and have been able to share the stage with such great acts as Bon Jovi, Deep Purple, The Doors, Joe Bonmassa, The Tea Party, Walter Trout, Kim Mitchell, Grand Funk Railroad, Eric Sardinas, and Uli Jon Roth…to name just a few!
Tickets are on sale for $8 in advance and will be sold at the door for $10! Get your tickets fast as this show will SELL-OUT! It’s a special occasion to see a truce Canadian Legend and one of the best guitar players in the world in an intimate setting!
<!--