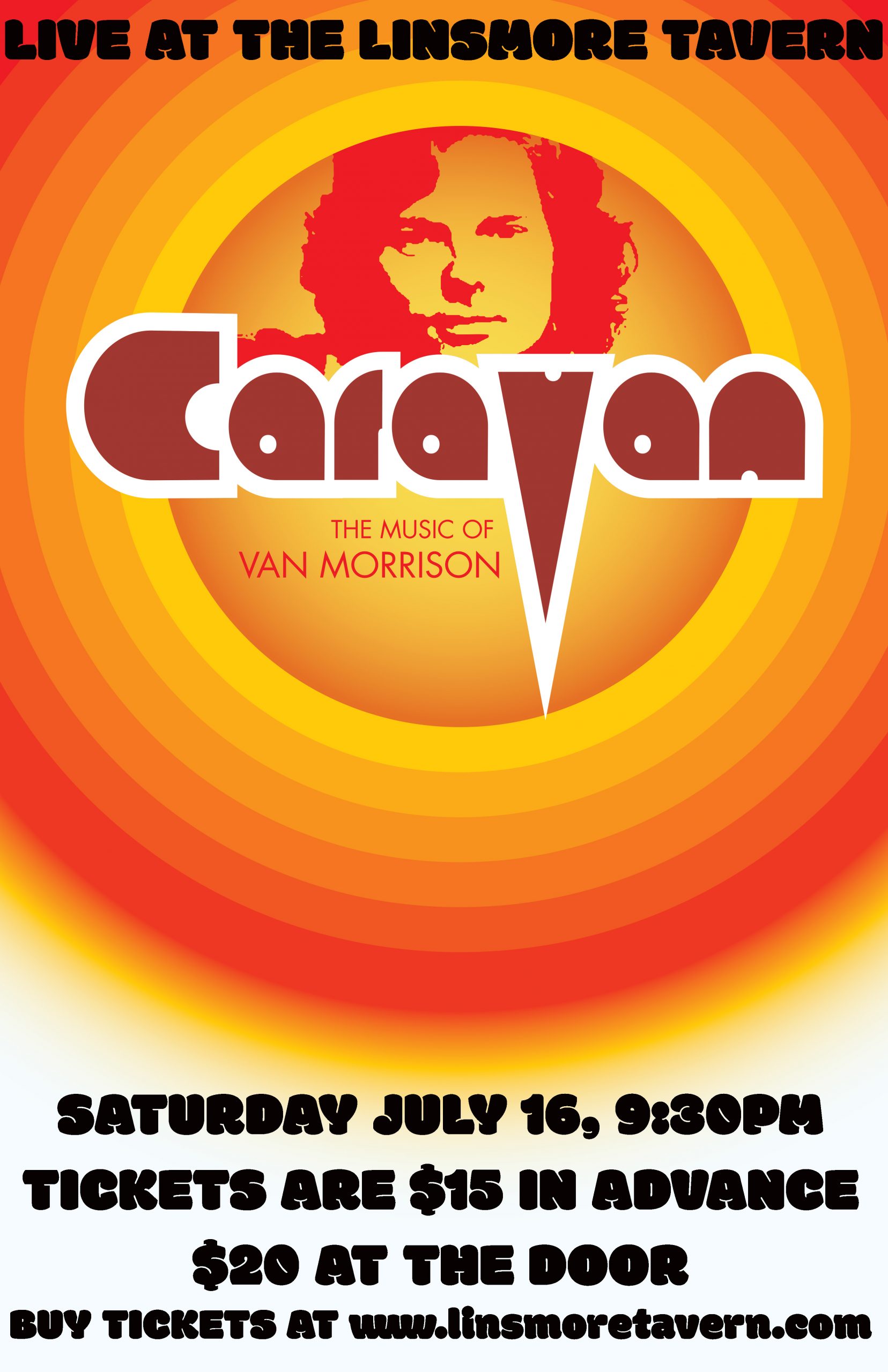 July 16, 2022 9:30 pm - 11:59 pm
Saturday July 16th, the Linsmore Tavern is so excited to welcome back for the first time since 2019, after so much fanfare, Caravan – A Soulful Tribute to Van Morrison! Caravan have absolutely tore down the house for all of their previous SOLD-OUT shows at the Linsmore Tavern and have plenty of fans asking when their return will be! Fans of Van Morrison, you are going to be in for quite a treat, as Caravan have been working extremely hard to bring an authentic and soulful Tribute to the one and only, Van Morrison! Caravan is the fastest selling band in the history of the Linsmore Tavern as their shows sell-out many weeks in advance, so do not hesitate! This is going to be quite a spectacle and a memorable night, as Caravan features 9 of Canada’s top musicians who are ready to rock the music of the Legendary Van Morrison! The tickets for this show will sell-out fast, so get them now!
CARAVAN – A Tribute to the music of Van Morrison
Founded by singer Ron Littlejohn of the popular Toronto Funk/Soul group Planet Earth. Littlejohn has been described as “the little white guy who sounds like a big black guy.” CARAVAN, a nine piece band consisting of some of Toronto’s finest players reach back to the early trashy R&B of Van Morrison’s legendary first band THEM and take the audience deep into the mystic.
There is always huge buzz surrounding this show and we know that this show is going to sell out! Get your tickets now, before it sells out! Tickets are only $15 in advance, $20 at the door! You can buy tickets online at www.linsmoretavern.com
<!--