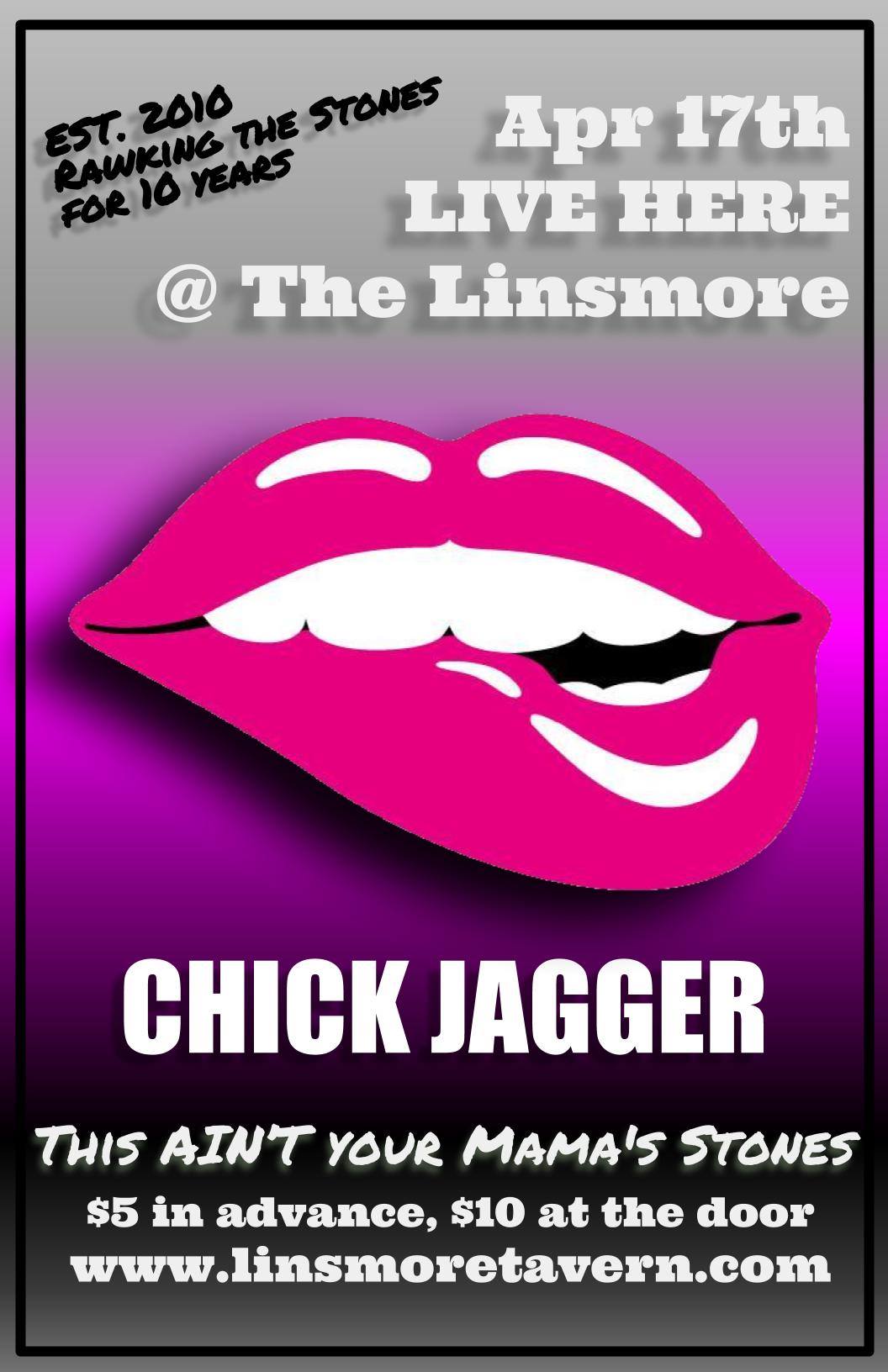 The Linsmore Tavern (1298 Danforth Ave), is excited to welcome back Chick Jagger who will be performing the music of Mick Jagger and The Rolling Stones for a 10th anniversary show for this amazing Tribute act! All of you Rolling Stones fans who have been requesting to bring in a Stones Tribute, this is your night and it’s going to be one for the ages!

This is a night you do not want to miss and it’s guaranteed to be entertained with CHICK JAGGER! Tickets are only $5 in advance, $10 at the door so get them now before they sell out! You can buy tickets at the bar or online at www.linsmoretavern.com