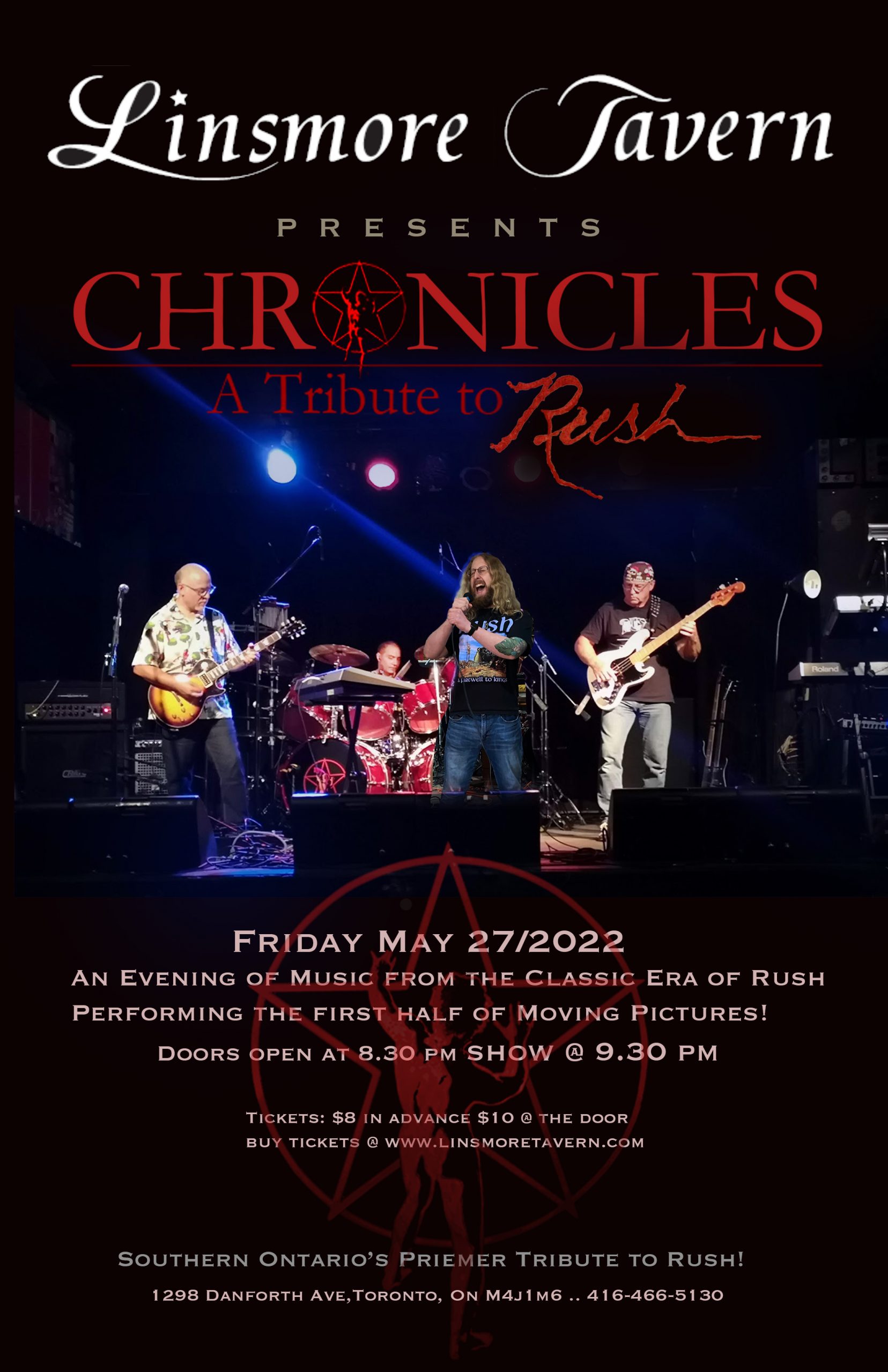 May 27, 2022 9:30 pm - 11:59 pm
Friday May 27th, we are so excited to welcome back: Chronicles – A Tribute to Rush who are ready to put on an incredible show! It’s been more than 2 years since we have had this incredible Tribute to Rush at the Linsmore! We get so many requests to bring back Chronicles, as there are so many die-hard Rush fans out there! Chronicles 2 previous shows at the Linsmore were SELL-OUTS, so get your tickets now, as this will be a hot-seller! The musicianship in this band is fantastic and something that all Rush fans need to see live!
Hailing from Toronto, Canada and borne of a distinct love of the music of a band that inspired them since they were young musicians, Chronicles – A Tribute to Rush celebrates the music of Rush with a focus on the classic era. Featuring selections from the very first Rush album, through the ground-breaking 2112, the prog-rock classics A Farewell to Kings and Hemispheres to the chart-topping Permanent Waves and Moving Pictures, Chronicles – A Tribute to Rush really delivers! Since this era culminated in the outstanding Exit…Stage Left live album, Chronicles faithfully reproduces the versions of the songs on that live opus and also dips into the 80’s and 90’s Rush eras by covering songs from Signals, Grace Under Pressure and Presto. Chronicles – A Tribute to Rush is the best way to get your Rush fix – played by Rush fans, FOR Rush fans!
Tickets for this show are only $8 in advance, $10 at the door! You can buy tickets at the bar or online at www.linsmoretavern.com
<!--