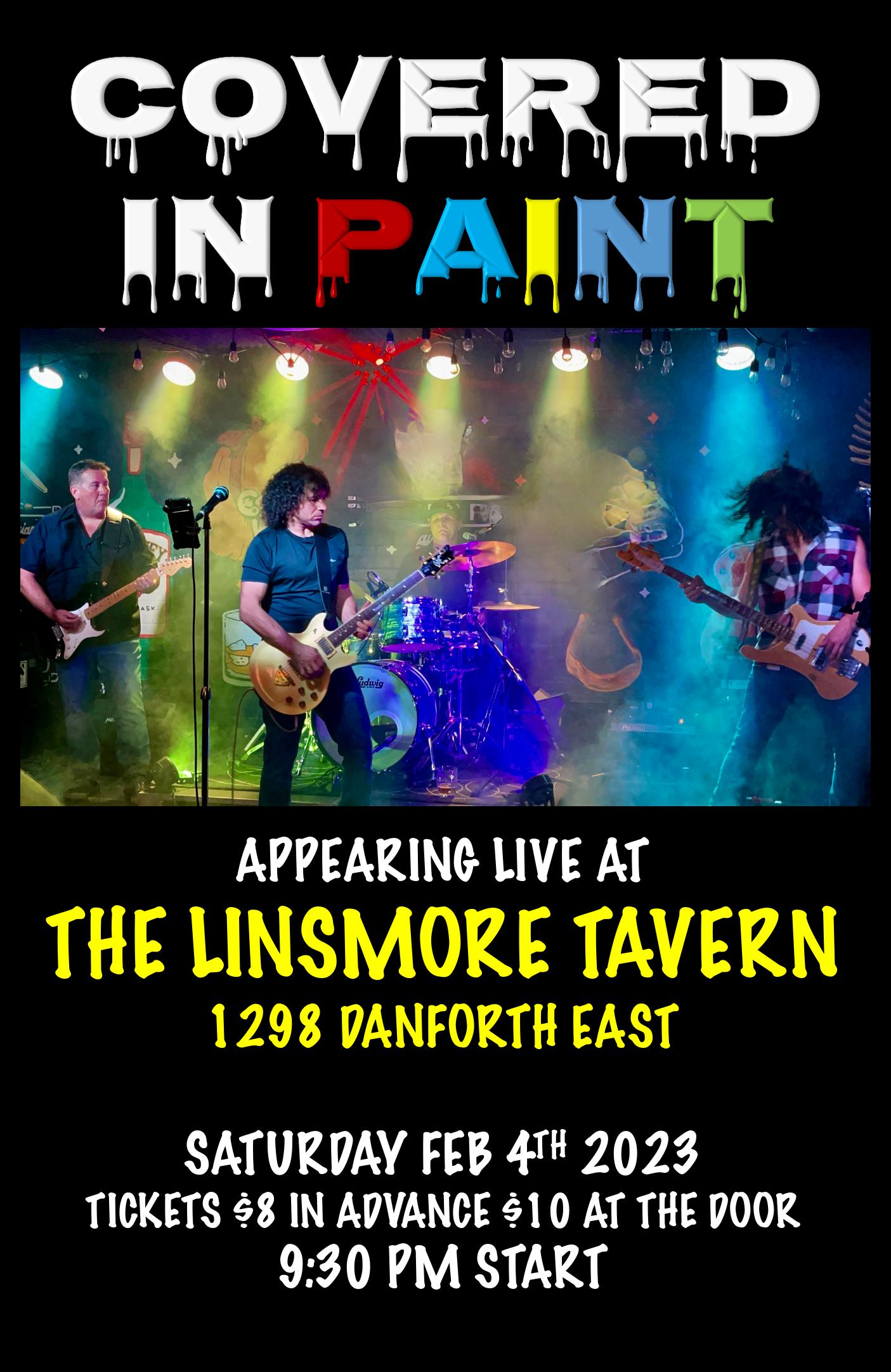 Saturday February 4th, the Linsmore Tavern (1298 Danforth Ave), is bringing in one of the premier cover bands in the GTA, who we have heard so many good things about and are finally able to bring them in for a show! Covered in Paint will be in the house and after so many requests over the years, they are ready to bring their high-energy, fan-friendly set-list that we know you will love! This band does not head east of Yonge Street very often, so for those in the east-end, you can finally see them close to home! Tickets are $8 in advance, $10 at the door!

With a set list that would, “kill most drummers,” Covered In Paint heads East to the legendary Linsmore Tavern for a show on Saturday February 4th, 2023. Covered In Paint has primarily been a west end band playing monthly at Roc N Doc’s and the Antler room but jumped at the opportunity to bring its brand of rock to the Linsmore Tavern. This four piece has a raucous set list that runs from AC/DC to ZZ Top, with a dash of Metallica in the middle. They also do newer stuff by the likes of Arctic Monkeys, Queens of the Stone Age and Sublime. “If (a song) doesn’t kick, or if it seems self-indulgent, it (gets passed over),” says guitarist John Scheel. “We’d do Motor Head before Oasis.” “It’s a lot of energy,” adds fellow guitarist George Vasilakos. who grew up trading licks with his first cousin Phil X of Bon Jovi fame. The line up is filled out by George’s son bass prodigy Luke who also plays with up and coming bands Sticks and Stones and Pale Mare and Dean Carl Glover on drums of Groovestone and Jeff Healy fame.