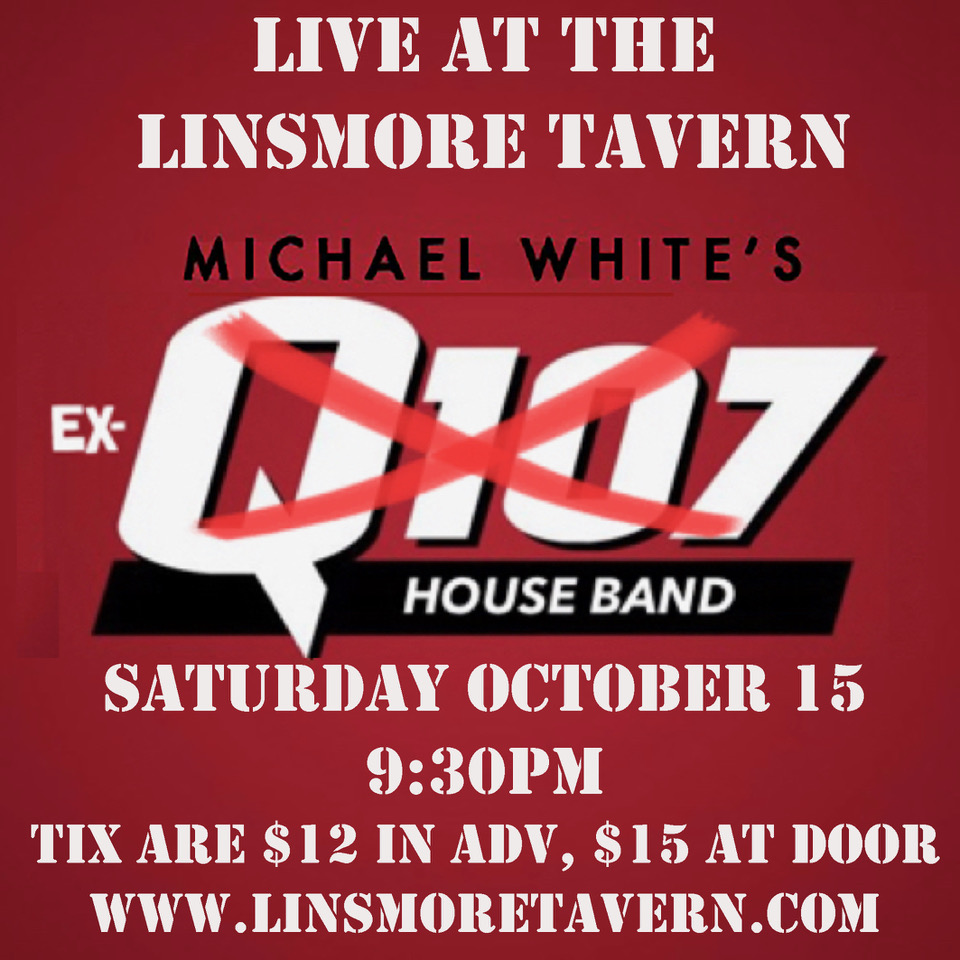 October 15, 2022 9:30 pm
Tickets for this show is going to go really fast!! Make sure you don’t miss out on this opportunity to see the Legendary Michael White with The Ex-Q107 Classic Rock House Band live at the Linsmore Tavern (1298 Danforth Ave), on Saturday October 15th! Getting the chance to see this legendary musician and vocalist in an intimate setting, is something that does not happen very often and it’s definitely something you will want to be apart of!
The Legendary Michael White has had quite an incredible career spanning close to 50 years! He has worked and performed with so many big name Rock ‘n’ Roll stars over the years including Nikki Sixx, Alice Cooper, Jason Bonham and many more. This band in particular was the House Band at Q107 for close to two decades and features a song list consisting of classic rock music from the 60’s and 70’s, similar to Q107’s former ‘Psychedelic Sunday’ format. You will hear so many great songs from classic bands such as Jimi Hendrix, The Doobie Brothers, Lynyrd Skynyrd, The Band, The Beatles, The Rolling Stones, and of course Led Zeppelin, performed with complete precision and total professionalism from Michael White and his band!
Tickets are only $12 in advance and $15 at the door!
THE Q107 CLASSIC ROCK HOUSE BAND
Formed in 2002 by Michael White, “THE Q107 CLASSIC ROCK HOUSE BAND” was featured weekly for 16 years (2002 – 2017) on the “Breakfast With Derringer Show” one of the highest rated morning radio shows in Canada. The band served as the “On Air” backing band for many guest musicians who performed live on the radio including Jeff Healey, Ronnie Hawkins, Rik Emmett, Randy Bachman and more.
The Q107 Classic Rock House Band hosted The Ultimate Jam at The Hard Rock Cafe in downtown Toronto for six years, as well as many festival, corporate and government events including the Molson Indy Pit Stop Party, Ride For Sight, Harley Davidson 100th Anniversary Party, and the C.N.E. Bandshell.
<!--