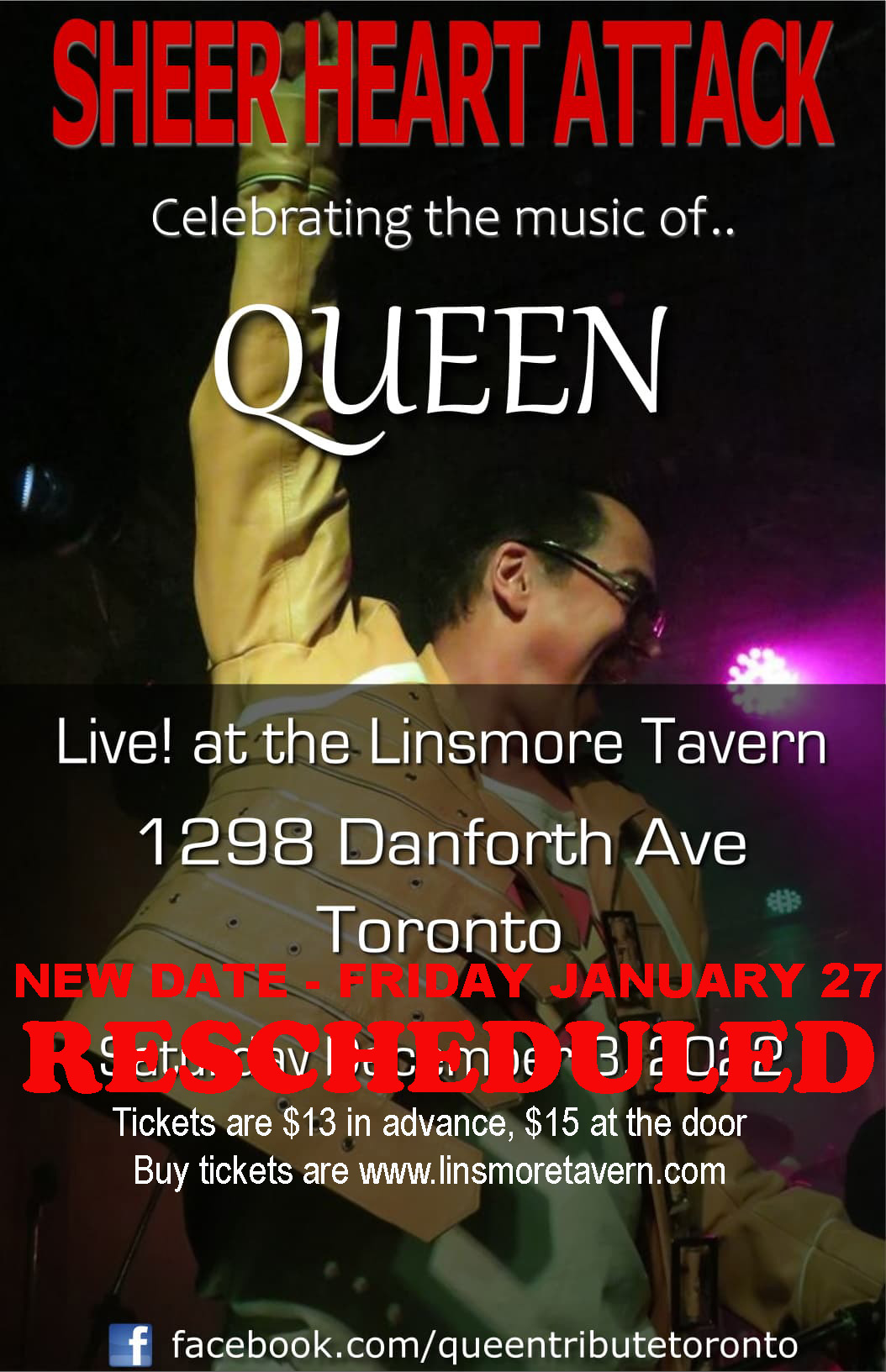 January 27, 2023 9:30 pm
*Note, this show has been rescheduled from December 3rd to January 27th, due to an illness in the band*
This show is always a hot-seller and this band is the most requested band at the Linsmore Tavern (1298 Danforth Ave) Friday January 27th, get ready for to TIE YOUR MOTHER DOWN as the Linsmore Tavern is welcoming back Sheer Heart Attack – celebrating the music of QUEEN! That’s right, all of you Queen fans, this is going to be another one for the ages as Sheer Heart Attack are ready to throw down 3 sets of the phenomenal music of one of the most legendary bands of all time, Queen! There are not many Queen Tribute bands out there, because it is so difficult to do justice to the music and incredible vocal range of Queen and Freddie Mercury! Well let us tell you, not only does Sheer Heart Attack does justice to the music, you will absolutely be floored by the incredible vocal range of Jason Orton! All of their show SELL-OUT including the one earlier this year, so make sure you get your tickets well in advance!
Sheer Heart Attack, named after Queen’s third studio album, which came out in 1974 formed in 2016 and performed their first gig at the Rockpile to an overwhelming amount of fanfare! Get ready to here all of the hits and the songs performed by Queen with note for note perfection! Get ready for a magical experience!
The Band Features:
Lead Voice – Jason Orton
Guitars / Vox – Rick Long
Keyboards / Vox – Jason Long
Bass / Vox – James Long
Drums – Angelo Fasulo
Tickets for this show are only $13 in advance, $15 at the door! You can buy tickets at www.linsmoretavern.com
This one will SELL-OUT so get your tickets now!!
<!--