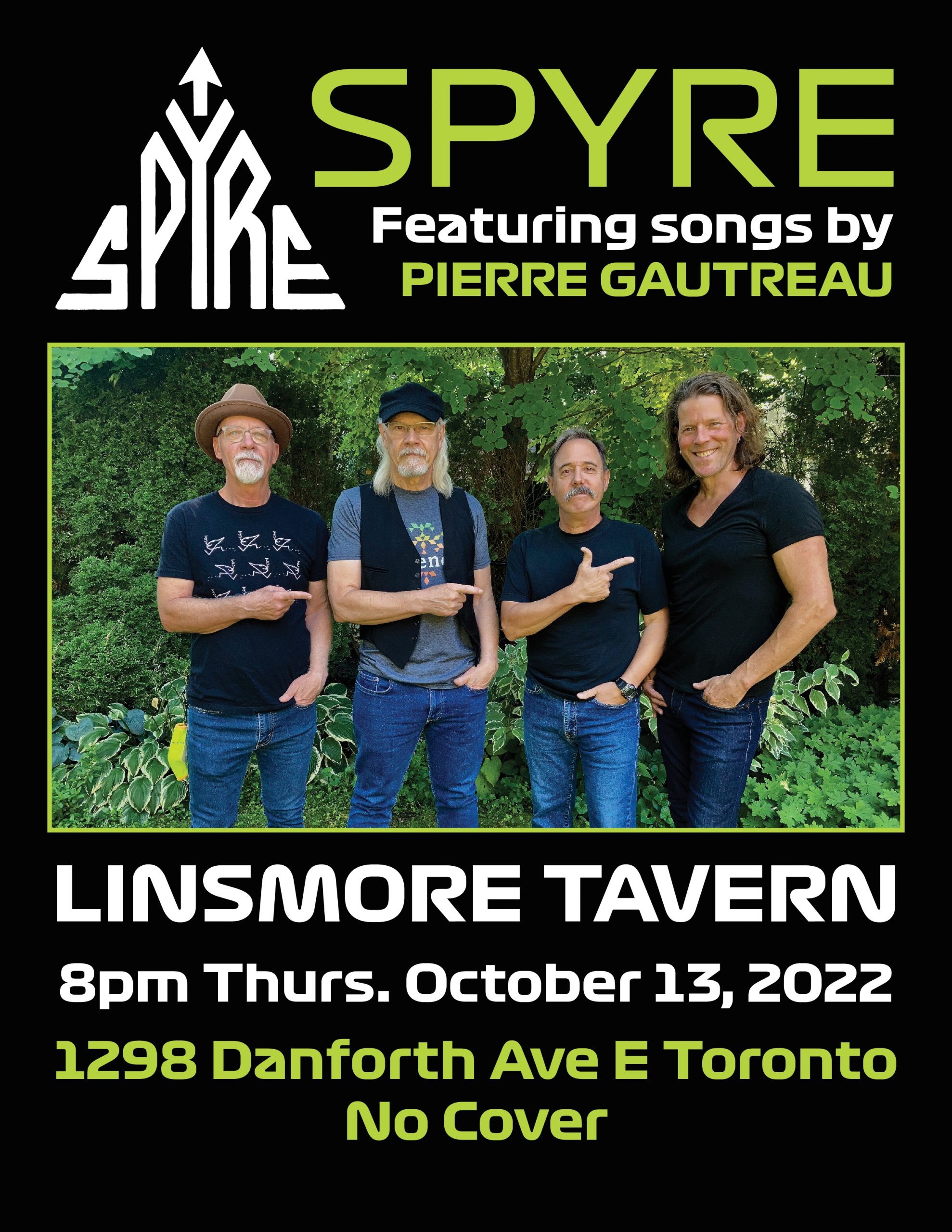 On Thursday October 13, 2020 the Linsmore Tavern welcomes SPYRE to the stage for the very first time. We heard so many amazing things about this incredible blues/jazz band, so we can’t wait to welcome them to our stage and to hear their amazing original music in person! Music fans you definitely want to check out this band!

SPYRE features songs written by Pierre Gautreau and arranged in collaboration with bandmates Paul Greig, Kevin Frank and Craig Ryan. Their musical influences include rock, roots, rhythm and blues and jazz. Pierre is a prolific singer/songwriter, guitarist and keyboard player. His songs “InSpyre” the band. Paul has played guitar in several bands throughout his career. SPYRE has given him a chance to expand his playing styles. Kevin has been playing drums since he was 8 years old. He grew up listening to Motown and the British invasion. Craig brings experience as a bass player and drummer to the rhythm section.

The band members share a passion for creating and performing music that entertains and inspires people. They initially met and rehearsed online for 9 months as a result of restrictions imposed by the pandemic. The chemistry developed online was solidified when in-person rehearsals were possible and
has resulted in a catalogue of over 30 original tunes. SPYRE have taken advantage of opportunities to perform as venues have re-opened. Audiences have commented on how tight the band is and described the music as diverse, uplifting and powerful.

Join Spyre at 8pm on October 13 to catch this emerging band’s performance of original tunes, there will be no cover at the door.