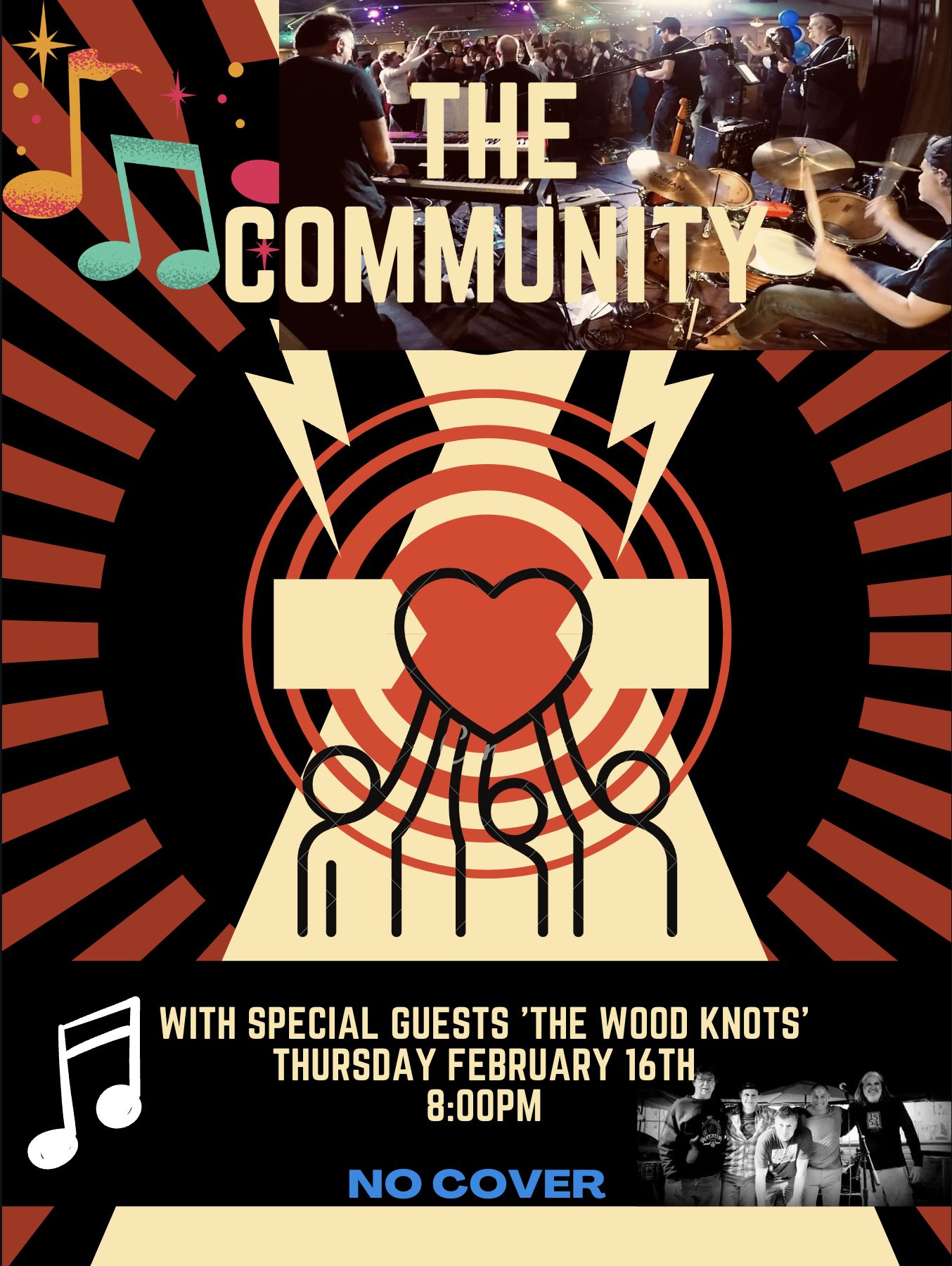 One of the shows that has been on fire at the Linsmore Tavern (1298 Danforth Ave) these past few months has been The Community! This band has absolutely killed it with shows both in November and December, so we are so happy to bring them back again on Thursday, February 16th! The Community is a fun cover band that will have you up and dancing throughout the whole night! Joining the Community on vocals again will be  Kelsi Mayne.

Also performing on this evening will be The Wood Knots who will be performing for the very first time on our stage! The show starts at 8:00 pm, there’s no cover!

The Community is a band that is foremost about bringing people together to perform and enjoy live music. Its origins began with a request to put together a band to play at a school event. From this event on, The Community has seen many variations of students, teachers, parents, and alumni come together to perform live. From the beginning, the band has also branched out to include new members from other communities, but still continues to share that core philosophy which is the love of playing live music together!

The line up consists of: TRAINWRECK founding member Pete Gray on Keyboards, Jeff Hill and Ali Squires on Vocals, Craig Parkinson on Drums, Ted Clark on Bass , Nick Morris on guitar and Pete Smith on Sax. Other special guests and Community alumni will often sit in creating a new dynamic every time they take the stage.