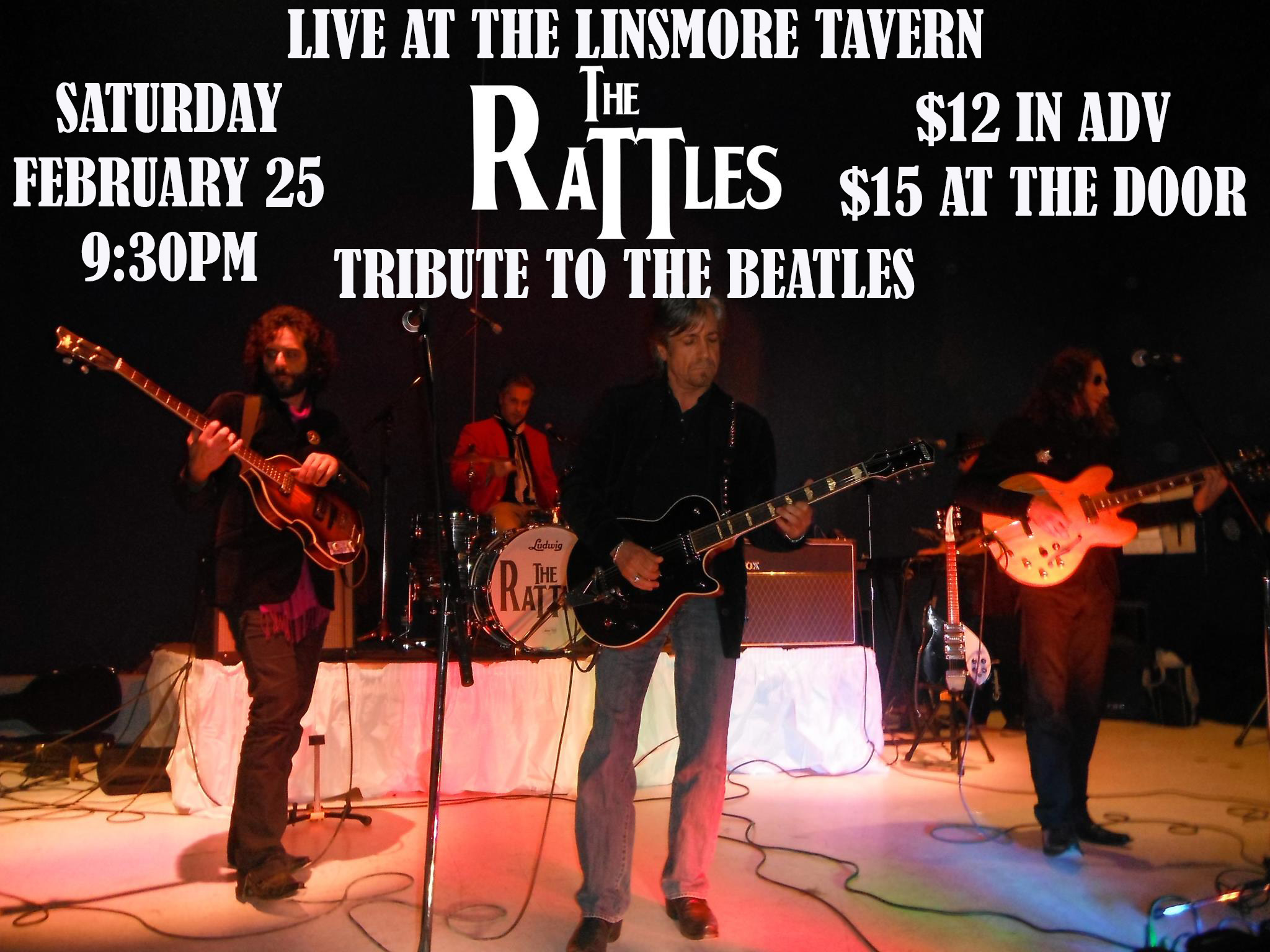 February 25, 2023 9:30 pm
Saturday February 25th, the Linsmore Tavern is so excited to welcome for back one of our favourite bands, The Rattles: The Beatles Tribute! The Rattles have played so many great shows over the years at the Linsmore and every single one of them have SOLD-OUT! They played 2 shows in 2022 and had everyone in attendance for both shows wanting more, because it was such a fun night and the band is so good! So they are coming back and will be playing late into the night for all of you Beatles fans!

Formed in 2010, The Rattles have headlined some of the largest Beatles fan events in Canada over the years, and are one of the hottest tributes in the country. The band features all four Beatles’ vocals with stunning similarity, as well as original vintage-era gear. The effect is like being transported to a Beatles concert in 1972, that never was. If you’re a Beatles fan, it’s enough to get you RATTLED!

What would they look like? What would it sound like? Experience The Beatles as if you were seeing them play live! Just the gear and the music.“The Rattles”
“Just The Beatles”
The show is going to start at 9:30pm! There will be a $12 in advance, $15 at the door! Get ready to dance and get your tickets in advance!
<!--