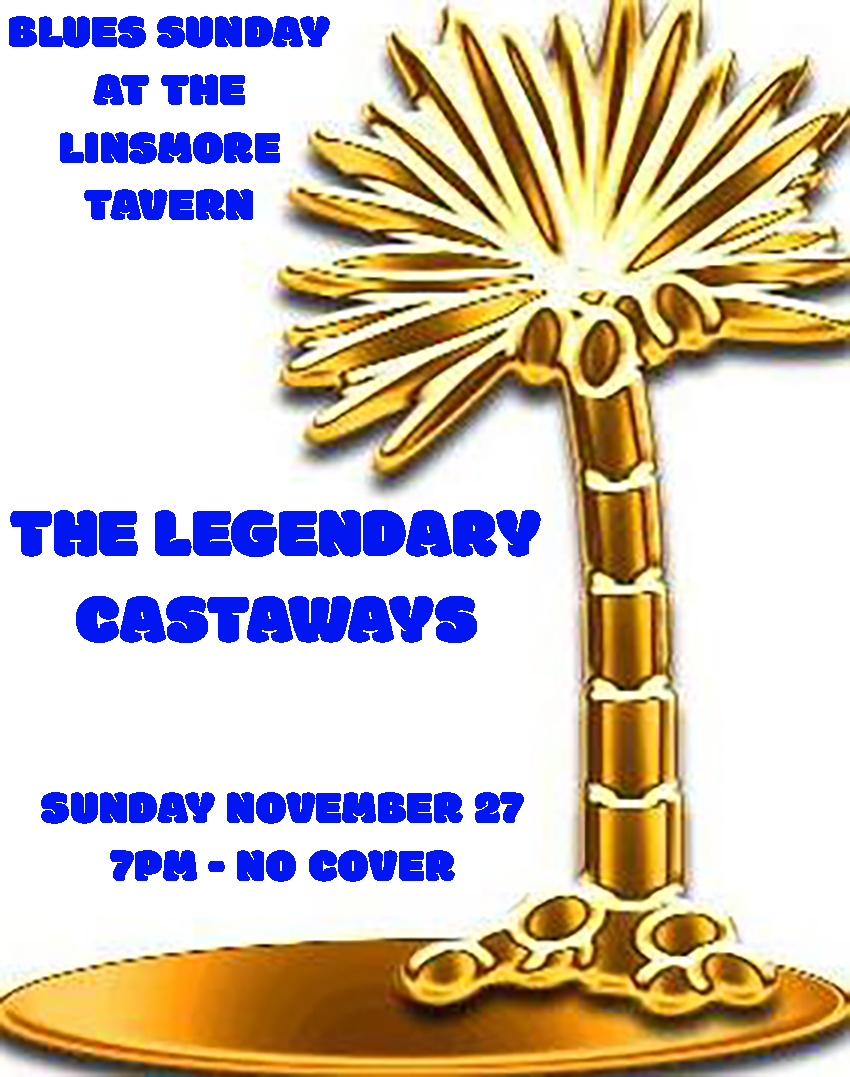 The Legendary Castaways perform blues and rock hits (and not so hits) from the 60s and 70s. Some of their favourite artists include Johnny Winter, ZZ Top, Cream, Little Feat, Bill Withers, The Allman Brothers, The Band, and many more!

The Legendary Castaways are:
Joel Krass (vocals, guitar) – Joel is a former RCA Recording Artist (Headstrong/bomb32) and full-time music seeker. When he’s not trolling the clubs to hear great local players, Joel plays a Gibson Les Paul Standard and uses Traynor and Roland amplifiers.
Ben Wilson (vocals, bass) – Ben is a former Warner Music (The Populars) recording artist with local roots in the rock, blues and country scene in Toronto. When he’s not holding it down with the Castaways, you can find him on tour with Canadian country workhorse, Mike Plume. Ben plays Ernie Ball and Fender guitars and Ampeg amplifiers.
Paul Domanski (drums) – Paul is a lifetime veteran of the Toronto indie music scene (The Darned, Zuul’s Evil Disco) with skills that span many genres (jazz, punk, rock, blues). Paul plays intoxicating champagne sparkle Gretch drums and uses Zildjan and Sabian cymbals.
The show starts at 7pm and there is a no cover! We have cheap pints of Molson Canadian all day, so come and check out this great band, as they always deliver!