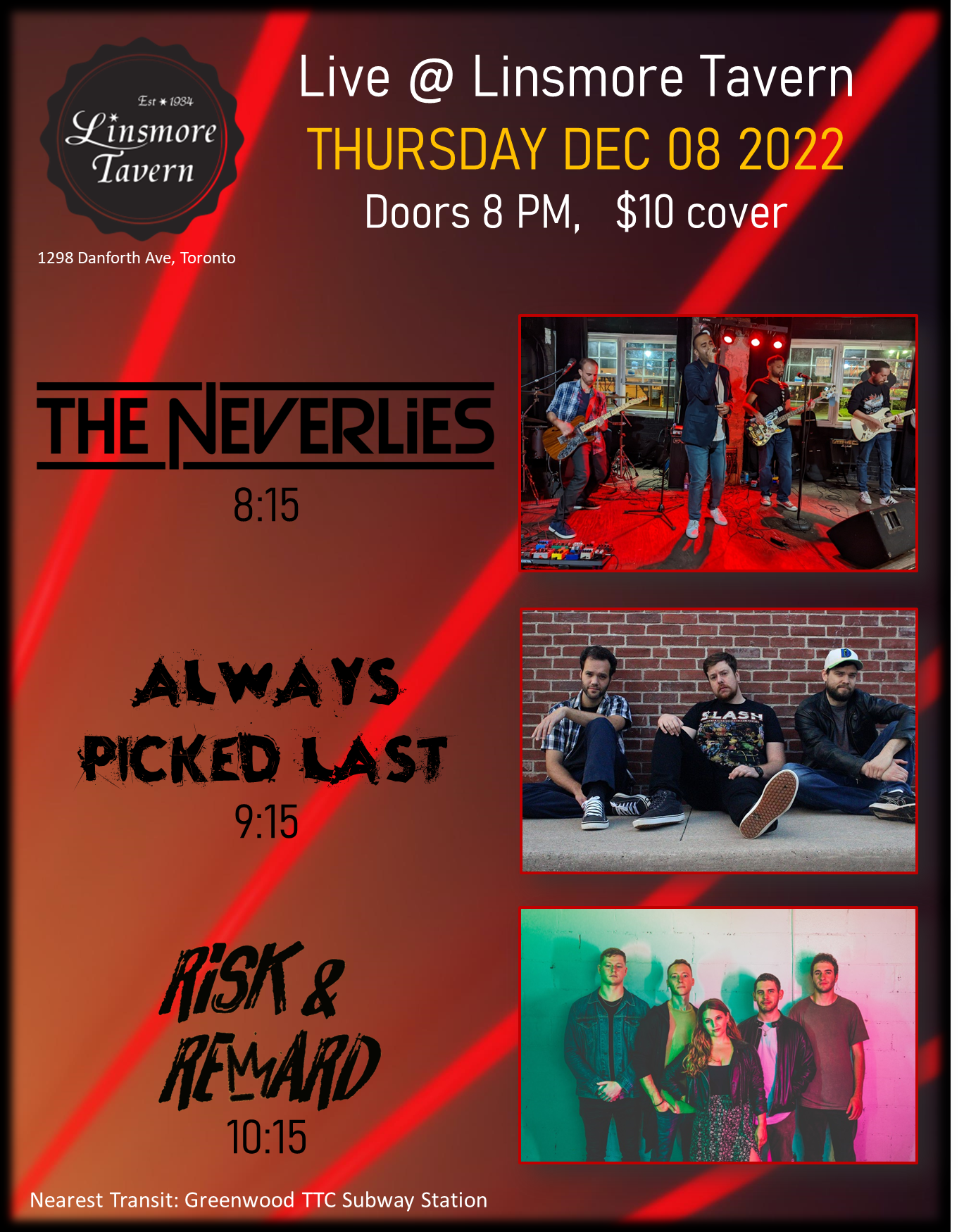 Thursday December 8th, the Linsmore Tavern (1298 Danforth Ave) can’t to welcome 3 Toronto based Indie bands for the very first time and we can’t wait! Fans of Alternative Rock or New-age Rock, you don’t want miss seeing these 3 incredible, emerging bands! Headlining the evening is The Neverlies who have their own distinctive Indie/Alt sound with a little pop! Also on the bill are Alt-rockers, Always Picked Last and High Energy, Face melters Risk and Reward! This is going to be a lot of fun with these 3 bands! The show starts at 8pm, there will be a $10 cover at the door!

The Neverlies
After performing as a covers band for a number of years, The Neverlies reformed in February 2019 to work exclusively on the stockpile of original material they had stashed away and collecting dust.  Drawing sonic influence from the likes of Radiohead, Jeff Buckley, The Cure, R.E.M., Pearl Jam and Pink Floyd, The Neverlies have now broken out into the Toronto live music scene with their own distinctive Indie/Alt sound peppered with specks of Dream Pop and a healthy dash of Shoegaze.  Their full-length debut album ‘Solace In Chaos’ was released on all major streaming services in August 2022 to widespread acclaim.
https://open.spotify.com/album/6vspEbGW68fmxJ2sjeKopF
https://www.youtube.com/channel/UC73KVn7y-OZf-GeJOs1VeBQ

Always Picked Last is a Toronto based alt-rock band bringing mixes of classic and new-age rock to your ears. Heavy influences from 90’s and 2000’s rock and always gaining new influences as time goes on.

Risk & Reward
The headliners, Risk & Reward, are a high-energy, riff-driven alternative rock band motivated by the sole desire to melt faces after 5pm.